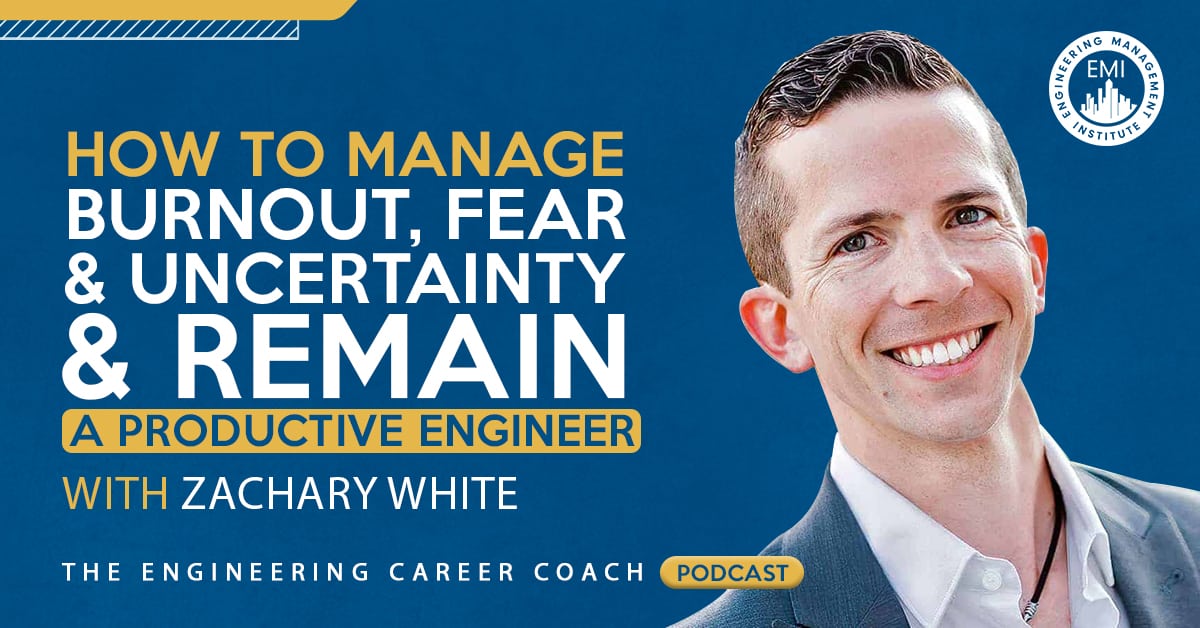 In this episode, we talk to Zachary White, a career coach known for helping engineers, about the importance of work-life balance. He also provides some great tips to manage burnout, fear and uncertainty and remain a productive engineer.

Here Are Some of the Key Points Discussed About How to Manage Burnout, Fear, and Uncertainty:

END_OF_DOCUMENT_TOKEN_TO_BE_REPLACED 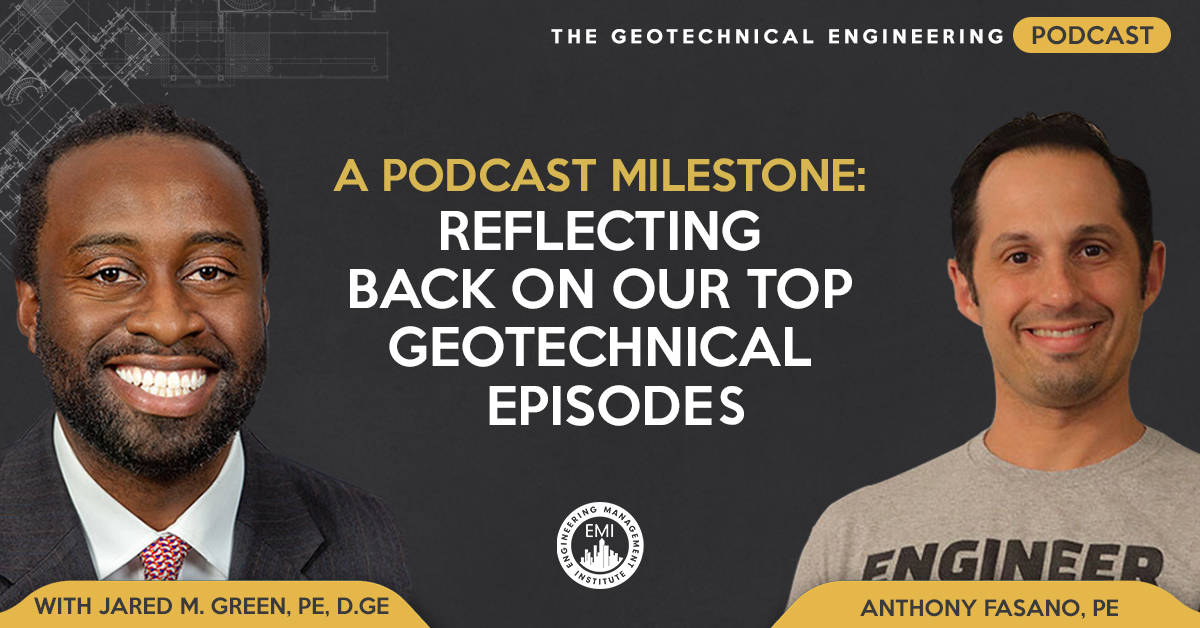 In this episode of The Geotechnical Engineering Podcast, Jared M. Green, P.E., D. GE, F.ASCE, NOMA, and Anthony Fasano, P.E., LEED AP highlight and recap some of our top geotechnical episodes and the wisdom shared by some of our previous guests.

Here Are Some of the Key Points Discussed as We Reviewed Our Top Geotechnical Episodes:

END_OF_DOCUMENT_TOKEN_TO_BE_REPLACED 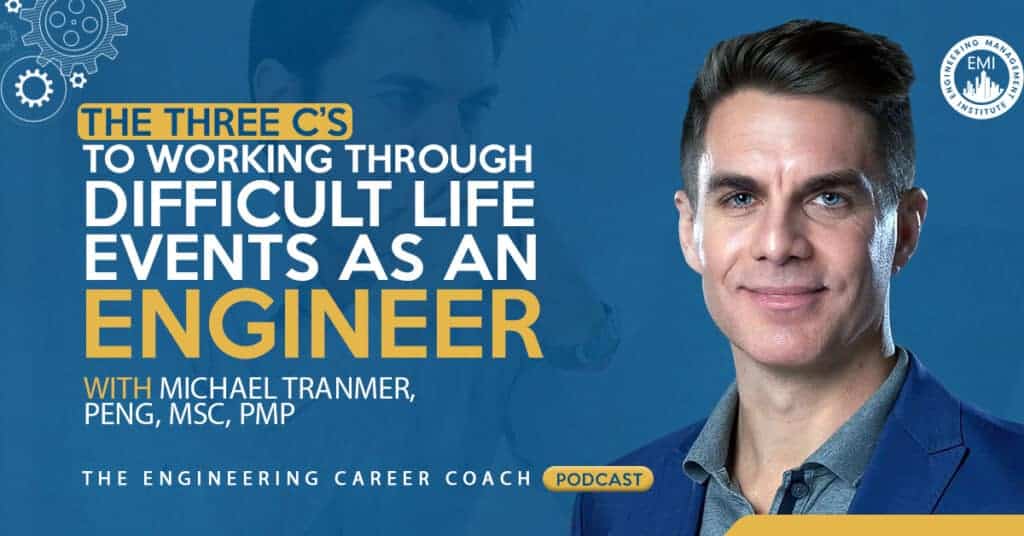 In this episode, I talk to Michael Tranmer, PEng, MSc, PMP, a bestselling author, professional engineer, and TEDx speaker talks about how he worked through difficult life events and how those events led to opening some great opportunities in his engineering career.

Here Are Some of the Key Points Discussed About Working Through Difficult Life Events as an Engineer:

END_OF_DOCUMENT_TOKEN_TO_BE_REPLACED 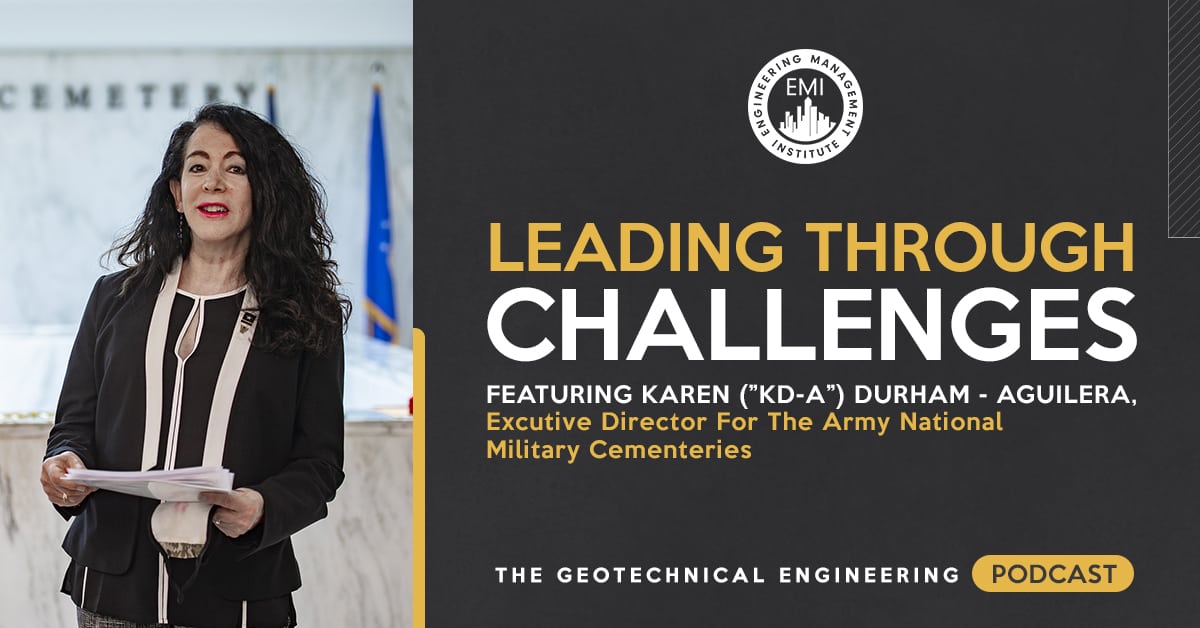 In this episode of The Geotechnical Engineering Podcast, we talk to Karen Durham-Aguilera, more commonly known as KD-A, who is the Executive Director at the Army National Military Cemeteries. We talk about her career and her role at the Army National Military cemeteries. KD-A also talks about effective leadership and how you can break it down into the four C’s of leadership.

Here Are Some of the Questions We Ask KD-A in This Episode:

END_OF_DOCUMENT_TOKEN_TO_BE_REPLACED 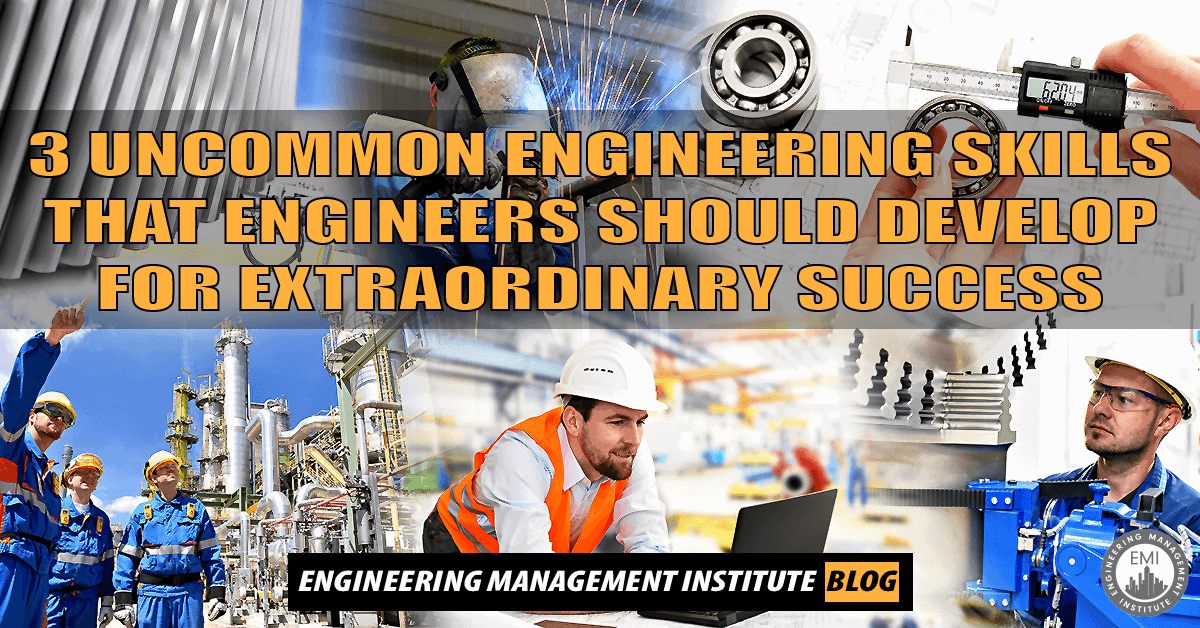 There comes a time in every engineer’s career where they’ll want to take their roles to the next level by managing others, overseeing projects, and even running their own engineering startups. It’s a given that to catapult your engineering career, you have to do what’s necessary to be successful in outshining the rest, and sometimes that calls for identifying and fine-tuning the skills companies need. Research shows that companies desire soft skills, such as complex problem-solving, people management, creativity, and critical thinking—four essential soft skills that are projected to be the top desired soft skills by 2020. While these skills are essential for being successful in your engineering career, they often overshadow the uncommon engineering skills that engineers need to achieve exceptional success the way Apple’s Tim Cook or Tesla’s Elon Musk did.

Yet, everyone can’t transform into Elon Musk overnight. If you want to accomplish extraordinary success, you have to look beyond the ordinary. You won’t achieve far-reaching goals by simply working harder or longer hours than everyone else on the job. Instead, shift your focus to developing the unconventional skills that engineers often neglect. Here are three uncommon skills every engineer needs to achieve next-level success:

END_OF_DOCUMENT_TOKEN_TO_BE_REPLACED

This is Part II of a six-part series about leadership for engineers preparing for their first professional leadership role. It was the first day as project manager and Ed was sweating the moment he got into his car for the fifteen-minute drive to the office.  This wasn’t just any sweat.  It was the sweat that comes from fear.  Ed figured that he had a lot be fearful about.  Selected a month earlier to fill the role as project manager for his first major construction project, he had spent the intervening time with his head buried in the project specifics: the expected technical challenges, special design considerations, the schedule and resource plans.

Then a week ago his mentor and champion, Cindy, asked him how it was going with his team.  Had it been assembled?  Had he met with them?  What did he know about them? What strengths and challenges did he foresee with the members?  All good questions, except Ed lacked answers.  Sure, the team had been assembled and he’d met with them.  But his focus had been entirely on the project’s technical aspects.  He hadn’t a clue about their strengths or the challenges that might arise.  Although he knew their names and what expertise they were bringing to the team, he had no idea about who they were.  Besides, was that really necessary?  He was being paid to get a project designed and built, not hold hands.

Yet for some reason, Ed’s anxiety level was increasing the closer he got to the office.  Although he thought he had a good grip on the project, he seriously questioned whether he really did after his talk Cindy last week.  This morning he was bringing his team together in an attempt to get them more involved in the project as the start date approached and to get to know them personally.  But he was stressing big time about this.  Were his efforts too little and too late?  Worse, would the team see his efforts as genuine?  What if they figured out that he was scared about delivering success on his first run as a project manager?