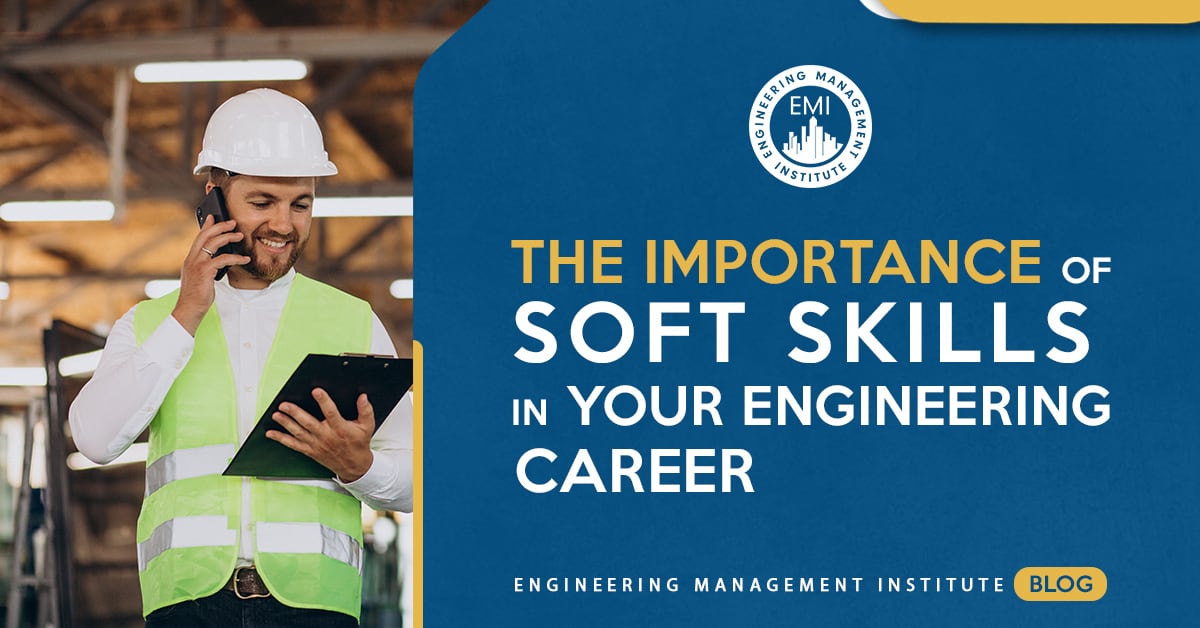 Soft skills are important to every engineer’s career — and in this article, I share some great examples to help them stick with you! Learn from my missteps!

Armed with a great education from an excellent institution, I thought I knew it all. I just started my first post-graduate, full-time position with a reputable engineering firm. I was ready to conquer the world … or so I thought. Through some much-needed trial and error, I have learned several valuable lessons over the first few years of my young career. At EMI, we understand the importance of soft skills, and are always trying to reinforce the lessons we teach.

Below are three personal anecdotes relating to soft skills that I think will help you to retain some valuable lessons:

END_OF_DOCUMENT_TOKEN_TO_BE_REPLACED

This is Part I of a six-part series on debunking misconceptions about leadership and speaking with authority for engineers preparing for their first professional leadership role.

Starting out in any endeavor you lack experience.  In business, in relationships, in your technical pursuits – doesn’t matter.  You enter into everything you do for the first time without experience and the only way to get the experience is to go out into the world and just do it.  As it is in every undertaking in life, so it is with leadership.

I didn’t begin feeling entirely confident in leading others until well into my military career.  It wasn’t that I lacked the theory of leadership or mentors or the opportunities to lead while in college ROTC.  My lack of confidence in my leading ability came from one gap:  experience.  The training I had while at college prepared me by providing me with a body of knowledge about leadership.  The hands-on experiences leading other people and projects came many years later.

If you’ve not lead other people or a project before, you’ve still been exposed to this “experience gap”.  You’ve got the knowledge; you just lack the boots-on-ground aspect.  The good stuff that comes from experiencing it first-hand.

Before getting into the four components that helped me bridge the experience gap, a quote that’s stuck with me from early in my career: END_OF_DOCUMENT_TOKEN_TO_BE_REPLACED

This is a guest post by Philip Zimmerman PE, PCC, DMin.

My introduction to leading by serving began with my dad who was a chemical engineer and continued with my first two employers who both were professional civil engineers. Through their direct instruction, mentoring, and coaching I learned and mastered four service roots that I still use to this day. These include the golden rule(+), empowerment, professionalism, and humility.

The first root, the golden rule(+), I picked up from my father who routinely instructed me to treat others as good or better than I would like to be treated; he daily modeled this principle in word and deed. Through his mentoring and modeling I learned this principle goes far beyond just fulfilling a need, it was giving others above and beyond my own desires for the same things. I discovered that maturity in this area was experienced as joy in the heart knowing the need of another had been met. An ancillary heart sensation of maturity was purpose fulfillment.

END_OF_DOCUMENT_TOKEN_TO_BE_REPLACED 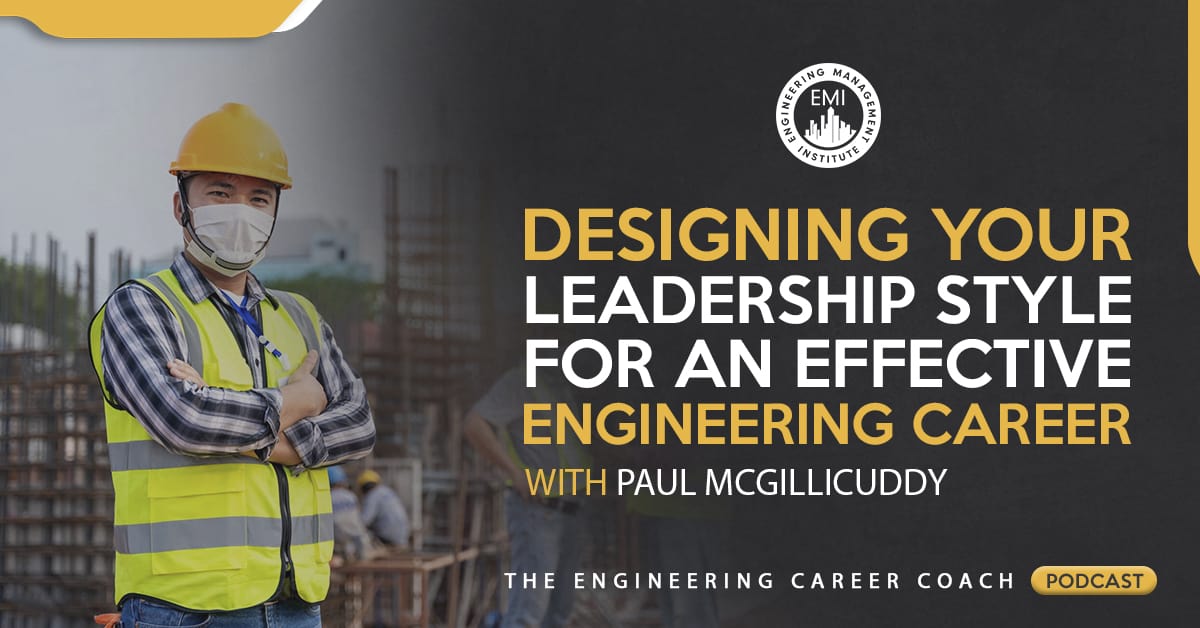 In this session of The Engineering Career Coach Podcast, Chris Knutson interviews retired major general Paul McGillicuddy on leadership and how to design your leadership style. They dig deep into leadership traits, where to find leadership training, how to deal with a difficult boss, and many more straight from Paul who has an amazing role of leadership in his entire career.

Leadership is a skill that can be learned, observed, and put into practice in daily life. There is definitely no shortage of leadership opportunities in our work regardless of our position or title.

“A leader is best when people barely know he exists, when his work is done, his aim fulfilled, they will say: we did it ourselves.” – Lao Tzu

Paul is a retired Air Force General Officer with 31 years of service to our nation.  He flew multiple aircraft including the T-37, T-38, F-111, F-16, U-2, RQ-4 and the KC-10.  He’s also a decorated Gulf War veteran having received a Distinguished Flying Cross for gallantry in action.  In addition to this he also had the opportunity to command three wings both in the U.S. and deployed and in his final position in the Air Force he served as the Vice Commander for the U.S. Air Force for the entire Pacific region, where he was second in command of over 45,000 people stationed across the Pacific region.

In the Take Action Today segment of the show, Paul shares a mindset that you can implement to experience change in your leadership practice.

Listen to this session and learn how to be effective as a leader. Here are some key points Paul discussed in this episode: END_OF_DOCUMENT_TOKEN_TO_BE_REPLACED