This is a guest blog by Leanna Michniuk 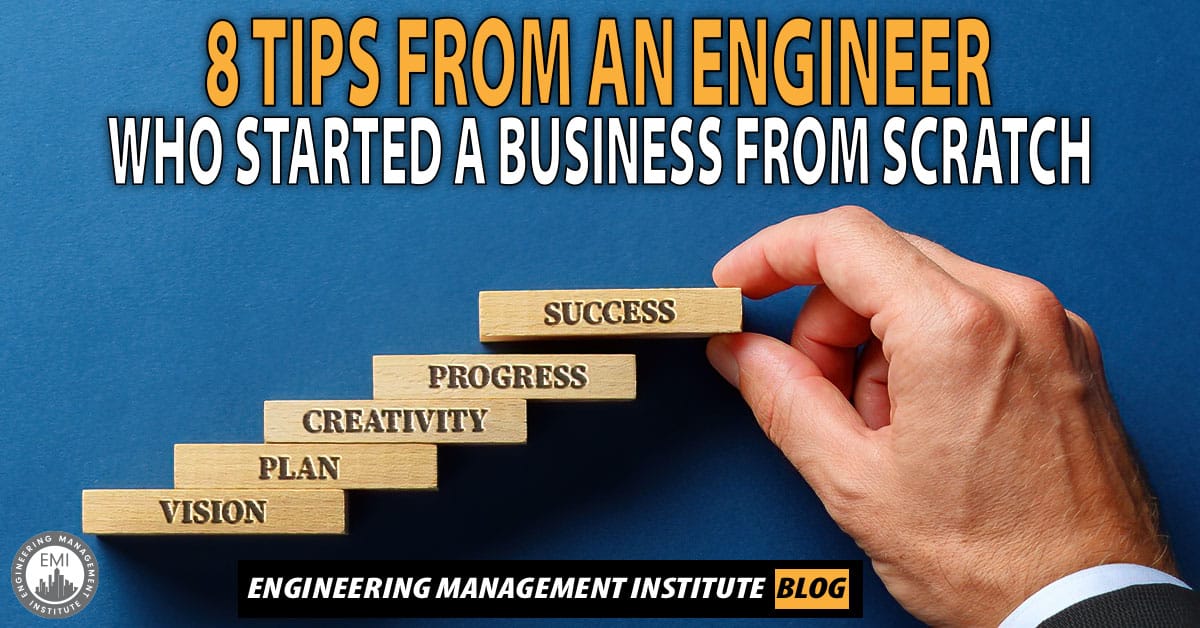 “That feeling of what the heck are we doing never really leaves you. You just keep at it until you figure it out and surround yourself with really smart people to help you get there.”

The very first episode of our new series, Civil Engineering Entrepreneurs on The Civil Engineering Podcast, has recently published! We’re partnering with the Engineering Management Institute to deliver expert insight and helpful ideas for engineers.

In this first episode, host Anthony Fasano, P.E. sits down with Gordon Greene, P.E., of Patel, Greene & Associates, LLC (PGA) to learn how he successfully grew his company from a few employees to 85+. During the episode, he calls out eight sound pieces of advice for people who are starting a business from scratch or perhaps looking to improve upon their strategy.

Read on to learn his eight tips and how you can implement them into your own company.

END_OF_DOCUMENT_TOKEN_TO_BE_REPLACED

This is Part III of a six-part series about leadership for engineers preparing for their first professional leadership role. You’re in your first professional leadership role and all eyes are on you to deliver the goods.  After two months of 60+ hour weeks you’re running on fumes and the project’s only a fifth of the way done.  What’s a person to do?  Delegate.

The good thing about occupying a leadership role on a project is that you have a team.  For some first time leaders, however, they may not understand the great opportunity they have to spread their load to those on the team.  Instead, the team becomes just one more thing that they have to manage.

Many engineers find their first encounter with delegation to be anything but simple.  Why?  Emotions.  Up to this point, they’ve been the doer and now they are in an entirely new environment where they may still be doing, yet need to pass on work to other people so they can be doing. Instead of leveraging team to effectively accomplish a project, many first time engineer-leader’s horde the work. Or worse, micromanage the work that is delegated. END_OF_DOCUMENT_TOKEN_TO_BE_REPLACED