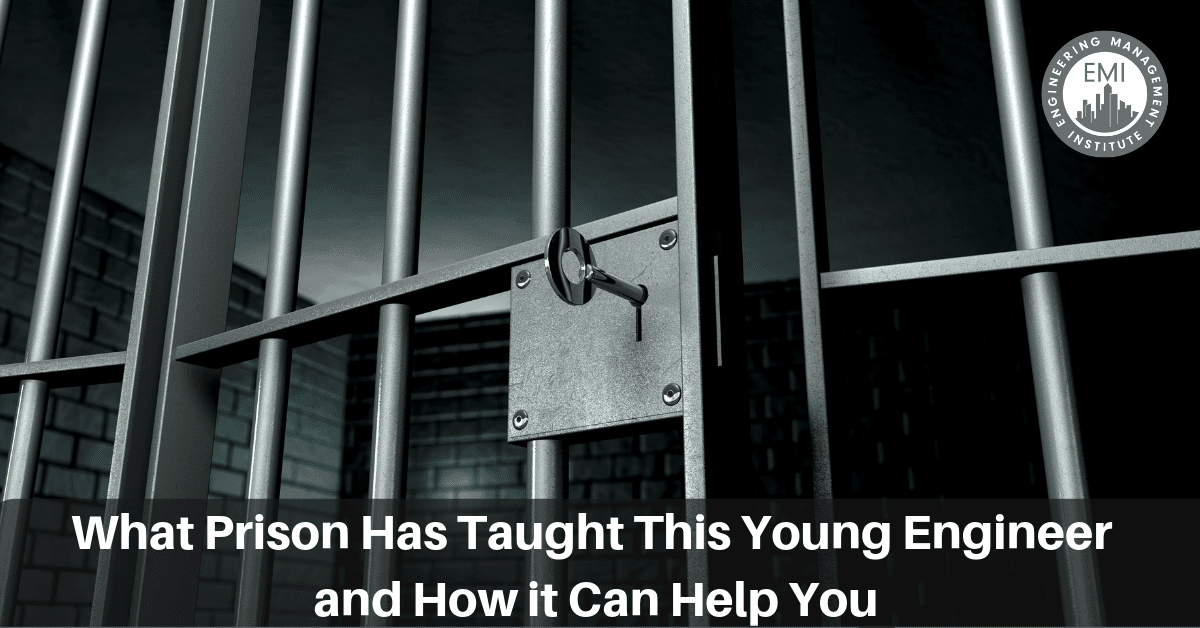 In this episode, I talk with Jim (a false name used to keep our guest anonymous), a young engineer who had to spend some time in prison soon after he graduated college. We talk about everything he went through while in prison as well as the things he learned and how his experiences have contributed to his success in his career.

Here are some of the key points discussed about Jim’s time spent in prison:

More in this episode…

In the Take Action Today segment of the show, Jim provides some great advice about never giving up in your career.

Jim has worked hard in various jobs as he paid his way through school for a degree in engineering. He had a family and kids and was struggling with being a recent graduate.  In the last recession, he would work a lot of jobs a day for him to feed his family.

Jim is an engineer that unfortunately had to go to prison for 2 and a half years. Upon release, he did not have any engineering experience and didn’t know anyone who would give him a chance at such a position. He would be given odd jobs from friends to bring in some money, but never gave up on wanting to be an engineer. He started establishing a network and reached out to me. I listened to his story. That phone call I had with Jim motivated him and told him that he was going to achieve his goal somehow.

I decided to get Jim in touch with somebody I knew and as it turned out he got a job interview somewhere else at the same time. It turned out that he got the job he interviewed for. Jim told those company leaders his story and they listened and decided to give him a chance. Less than 30 days from leaving prison he was employed as a civil engineer. He worked very hard nights and on his own time to catch up, learn what he needed to and make himself a good asset. It is now several years later after that day and the boost he got from the phone call we had, lead him to work in engineering management, overseeing several other engineers today.

Resources and links mentioned in this session include:

This episode is brought to you by PPI, the leader of FE, PE, or SE exam preparations. Use promo code T-E-C-C-8 for a 20% discount at PPI2Pass.com

This episode is also brought to you by WPI, one of the oldest engineering & technology universities in the country.  Visit go2.wpi.edu/tecc to explore over 15 graduate degree programs in science, technology, and engineering.