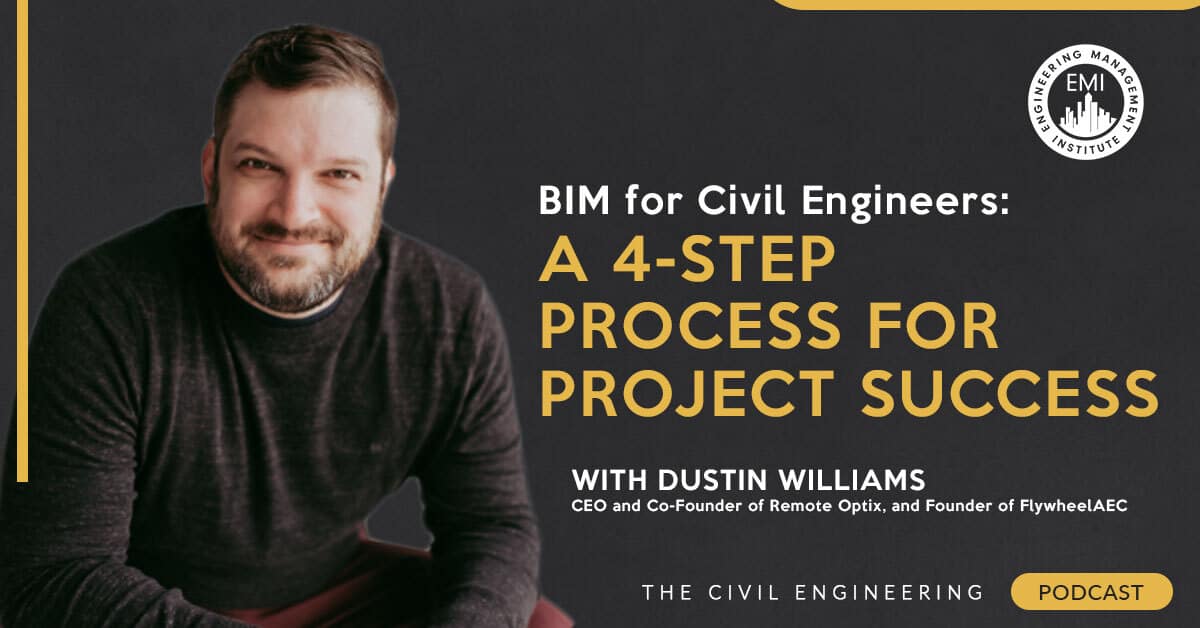 In this episode, I talk with Dustin Williams, CEO, and co-founder of Remote Optix, and founder of Flywheel AEC, about BIM for civil engineers and how it is used in civil engineering projects. He also tells us about a specific 4-step process his company utilizes on BIM projects to ensure project success.

Here Are Some of the Questions I Ask Dustin:

END_OF_DOCUMENT_TOKEN_TO_BE_REPLACED

This is a guest post by Jon Earle, PE, ENV SP 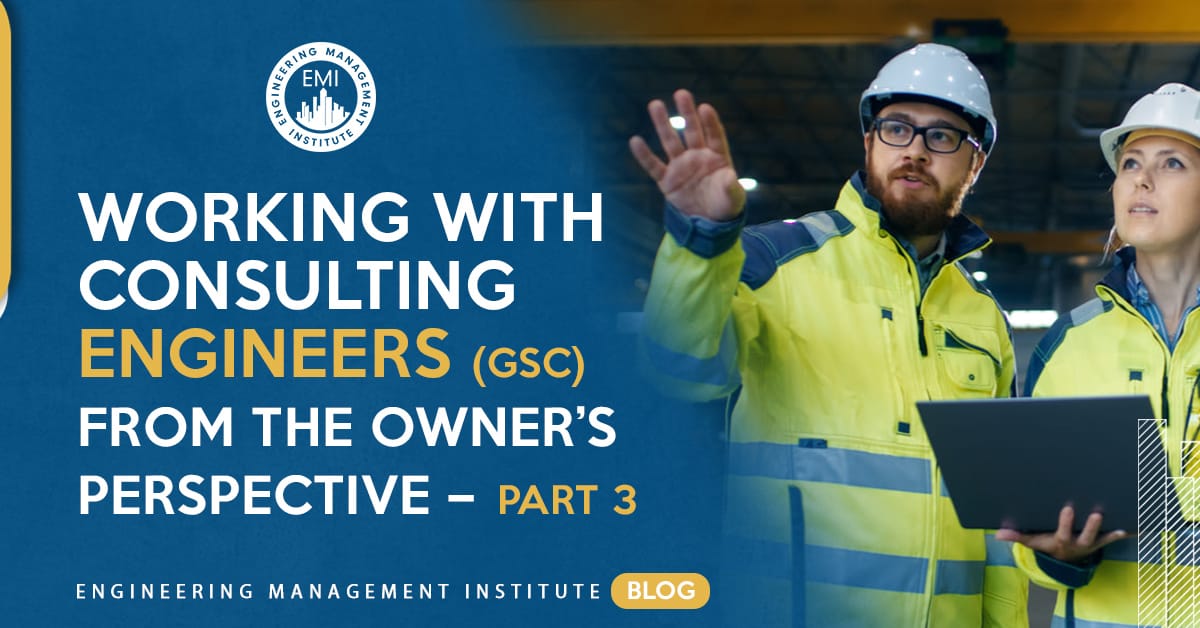 In Part 3 of the 5-part blog series, I will be discussing the development of specific project scopes of work once a general services consultant (GSC) has been selected. In my experience, having a GSC in place and leveraging this relationship is critical for project success from the beginning.

One of the key roles of any municipal engineer is the development of multi-year capital improvement plans (CIPs) that outline future projects, a schedule for delivery, and anticipated project costs. The GSC can provide support by reviewing project scope, schedule, and most importantly, budget based on their experience working on similar projects within a geographic area. A GSC can also provide some preliminary design support and graphic presentation materials for discussion with the local governing bodies (town/city councils or select boards).

END_OF_DOCUMENT_TOKEN_TO_BE_REPLACED 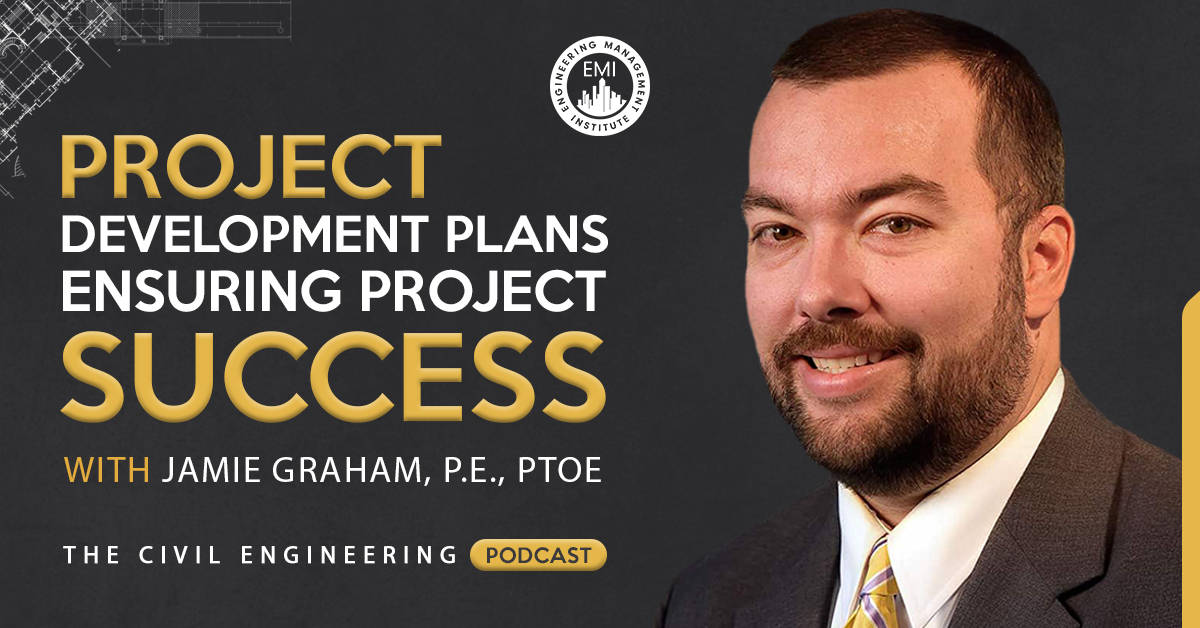 In this episode, I talk to Jamie Graham, P.E., PTOE, Traffic and Transportation Department Manager at Carroll Engineering Corporation, about project development plans and how they can set your projects up for success. Jamie also talks about the skills he looks for in project engineers when he is building a team.

Here Are Some of the Questions I Ask Jamie:

END_OF_DOCUMENT_TOKEN_TO_BE_REPLACED

This is a guest blog by Melissa Marshall 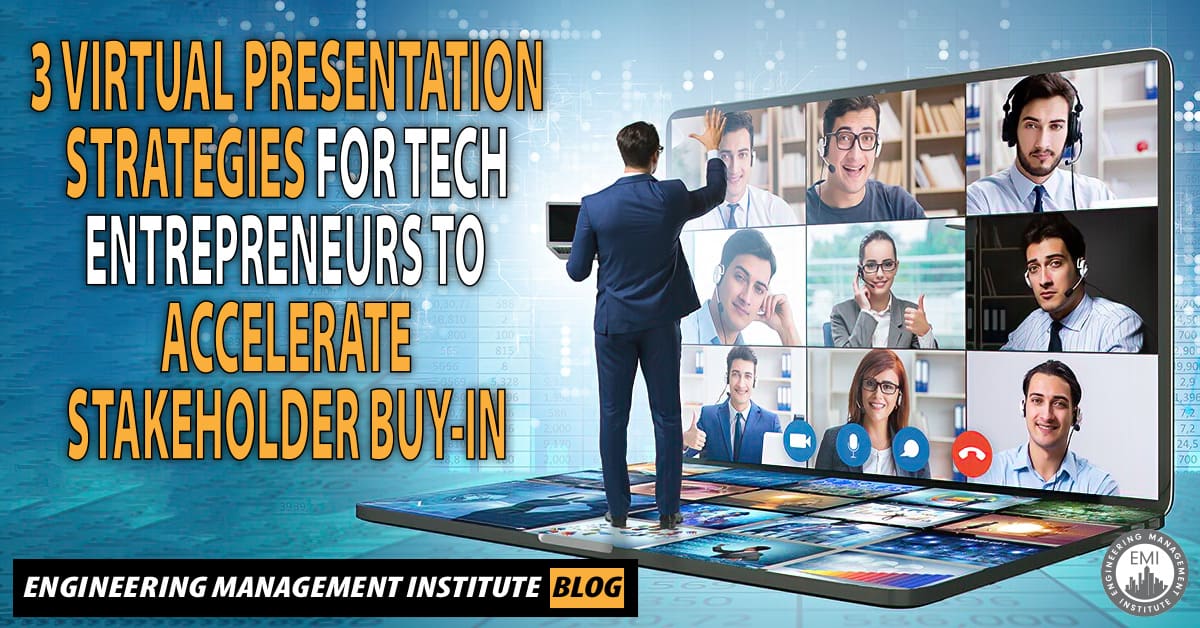 It is no secret that your ability to communicate well about your tech is often the make-or-break reason for project success. You can have the best idea or product in your market, but if your key stakeholder does not “get it,” then you do not get the critical buy-in you need. Communicating tech is so challenging because you must decide which technical details are most important to the audience’s appreciation of the importance of your work, and then you often must make those ideas understandable to audiences that often have little background in your area of expertise. Add to that the challenge that most presentations are now occurring virtually to very distracted audiences, and you have a huge communication challenge to overcome! Here I’ll share three strategies you can use in your next virtual presentation to be more successful.

END_OF_DOCUMENT_TOKEN_TO_BE_REPLACED

Yesterday on Engineering.com I wrote about the need for an engineer leader or project manager to know when to cut their losses on a failing project. Project Management Institute in their 2013 “Pulse of the Profession” revealed that nearly 37% of all major project fail. On $1 billion in major projects, $135 million is at risk meaning that 13.5% of every project $1 you’re responsible for is at risk.

That’s a lot of risk. And after seeing reports like this one about a major construction project off schedule, severely over budget, and embroiled in a political scandal; one quickly sees that there has to be a better way for an engineer leader to make certain that if they have a project off vector, they can get it back on vector ASAP.

Use a 9-Line to Get Support

The Army uses what’s called a “nine-line medevac” request process to call in rotary-wing air support for the injured. The very existence of the process is because the Army knows that in the course of doing what it does, there is risk. With that risk, soldiers will be injured and there has to be a standard procedure that every soldier understands for call for help.

The analogy is this: in the course of leading a project there is risk. With that risk, there will be change orders, scope creep, schedule slips and changes in business strategy. In some cases, projects will become so far off course that they will be on the brink of failure. In these situations, the engineer leader needs their own nine-line process to get the project back on vector.

Effectively managing projects requires several skills and characteristics.  If you’re already a project manager you know that communications, scheduling, leadership and command authority, and the ability to set, observe, and revise priorities frequently are just some of the abilities the successful project mangers employ for success.  While these are important, there are 5 skills that you absolutely need to hone to ensure you’re successful in managing your projects.

1.  Streamline your work processes.  Nothing saps energy from you and others like poor work processes.  What do poor work processes look like?  Meetings without agendas, run entirely from slide presentations, or held without a clear objective.  Multiple email accounts, calendars, or task lists.  Lack of a process for accepting, vetting, assigning and scheduling tasks.  In short, being unorganized.  Successful project managers are efficient at what they do, why they do something, when they do it, and how they accomplish it. END_OF_DOCUMENT_TOKEN_TO_BE_REPLACED As I contemplated what I needed to do to position myself to leave a twenty-year Air Force career back in 2010, I looked at my professional credentials and experience.  I was already a registered engineer, having earned my license early on in my career.  Since that time I’d earned a master’s degree, held numerous positions of increasing responsibility, and attended several professional military courses.  Despite the education and experience I’d gained, I wasn’t convinced that I had a compelling way of tying it all together for the pending job search.  Sure, I could put it all in a good package and give a 3-minute pitch about my skills.  But I lacked a recognizable standard against which any prospective employer – be they private or public sector – could tell I knew my business.  The answer:  consider the Project Management Professional certification.

Discussions about achieving success are typically approached in one dimension.  We talk about vision, breadth of experience and work/life balance in stovepipe segments as if one doesn’t influence the other.  Much of the blogging and books on success I’ve read follow this track.  They touch on the three dimensions, but only on that dimension.   The truth is, however, that success we realize in any undertaking comes about only through our actions in three dimensions.  A better approach to thinking about success takes into account our own vision, our vista (breadth of experience) and volume (depth we give to each undertaking).

Working on any one dimension is good but it leaves value on the table.  We don’t get the benefit of identifying the interrelations, or lack of them, between, the dimensions.  For example, let’s say your vision for success in life includes ‘providing guidance to others and using my engineering skills to help my community’.  If your breadth of experience includes prior leadership roles and the knowledge of the engineering challenges and opportunities at the community level, then your vision and vista align.  On the other hand, if you’ve never been in a leadership role and therefore lack experience on how to guide others, then your vision and vista are out of alignment.  You’ll need to identify an opportunity where you can fill the gap on leadership to develop your skill in guiding others. END_OF_DOCUMENT_TOKEN_TO_BE_REPLACED